Creatura is a timber floating structure designed to be built and operated by kids. The project is a winning proposal for the international competition, Beam Camp. As a team of two architects, we designed a timber floating creature fitted with manual […]

BEDSm is a new flexible bed designed and fabricated in Berlin to enable different functions depending on the users’ needs. Traditional beds are static furniture designed for a “generic” target client. On the other hand, Berlin’s beds offer a variety […]

The apartment is a 100 m2 loft with an industrial-tropical design and city/sea views in the heart of Vedado, the beautiful and residential centrally located neighborhood of Havana. Being located on the 5th floor of a 1950s building, the loft […]

Low-tech Shape-Shifting Space Frames is a research done as a Master Thesis at the University of Stuttgart ITECH. This research demonstrates a system for low-tech shape-shifting space frame structures, passively responding to environmental conditions. The focus is designing simple lightweight […]

The project SEEK explores the sense of seeking as a human sense beyond the established five for the Toronto’s Winter Station Competition. History shows how the attempt or desire to achieve something has always been embedded within the human behaviours. […]

One large ground floor apartment divided into two 75 m2 flats situated in the heart of Prenzlauer Berg, the elegant and residential centrally located district of Berlin. The apartment is on the ground floor of a 20th centuries architecture with […]

Robot Heimat is the first micro-architecture for sheltering a robot lawnmower fabricated with a metallic membrane. The project is a collaboration between 01000110, a Berlin design studio, and Additive Tectonics an innovative company for additive manufacturing in architecture. Robot Heimat […]

Read More
back to top 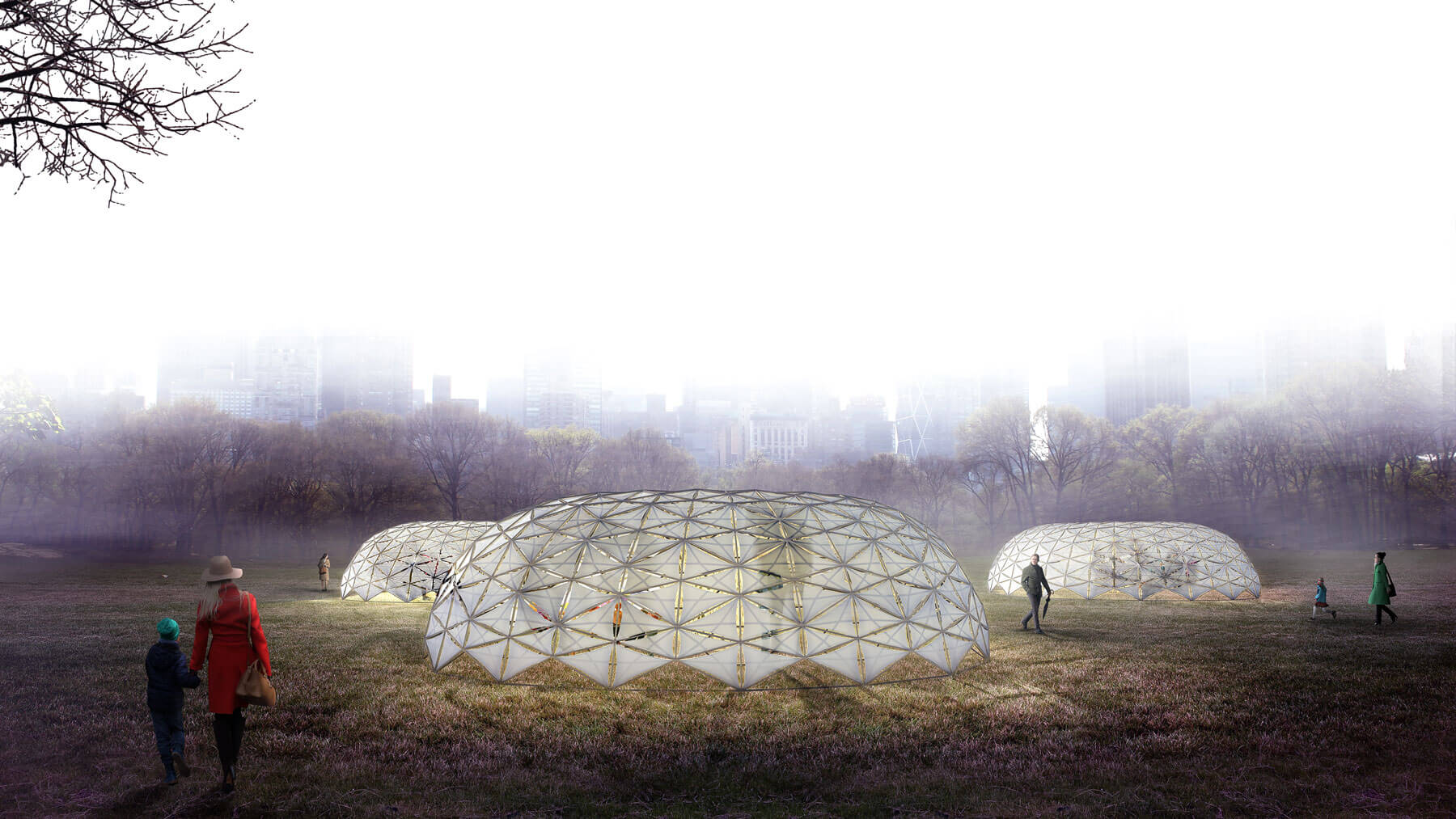 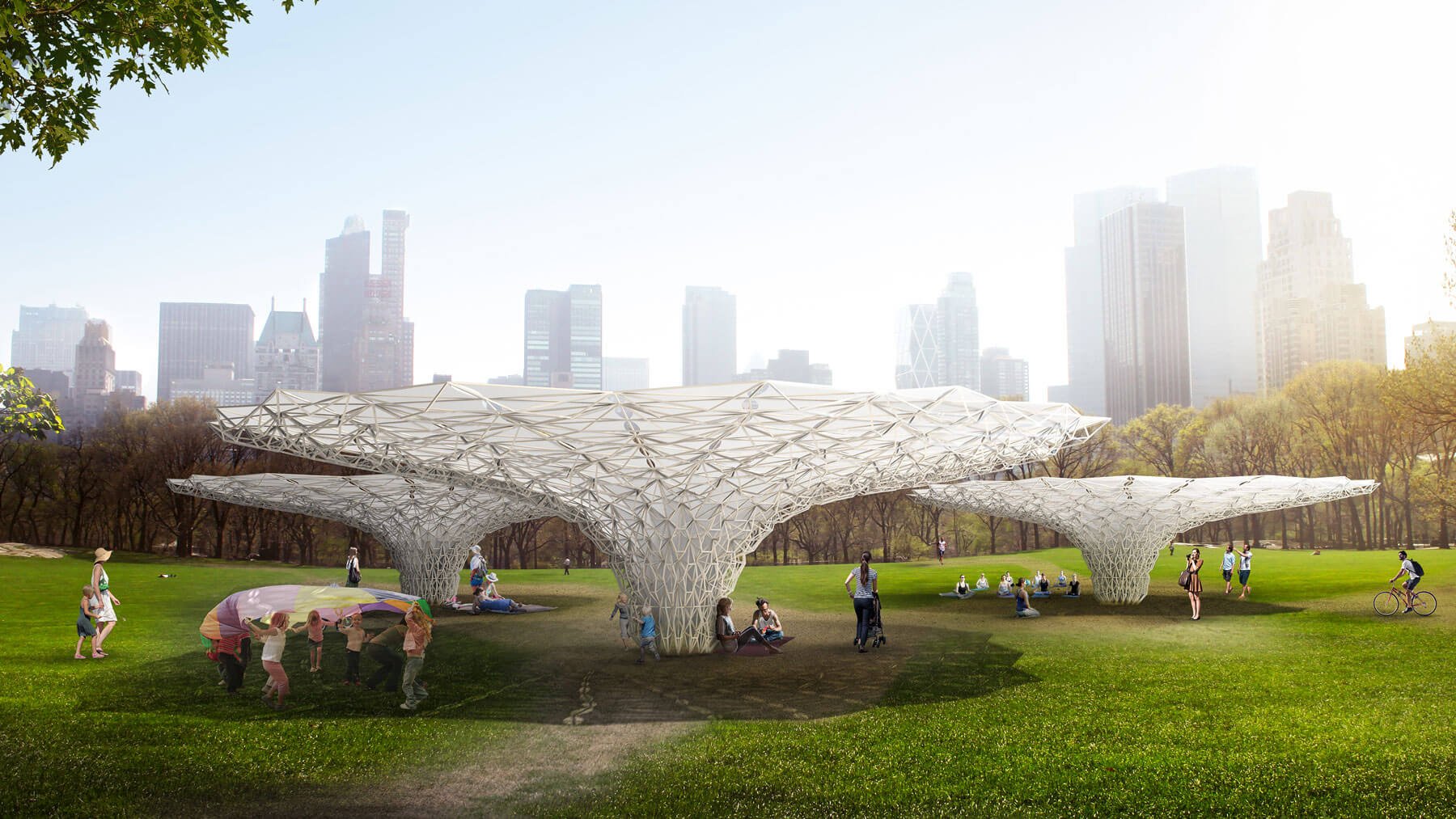 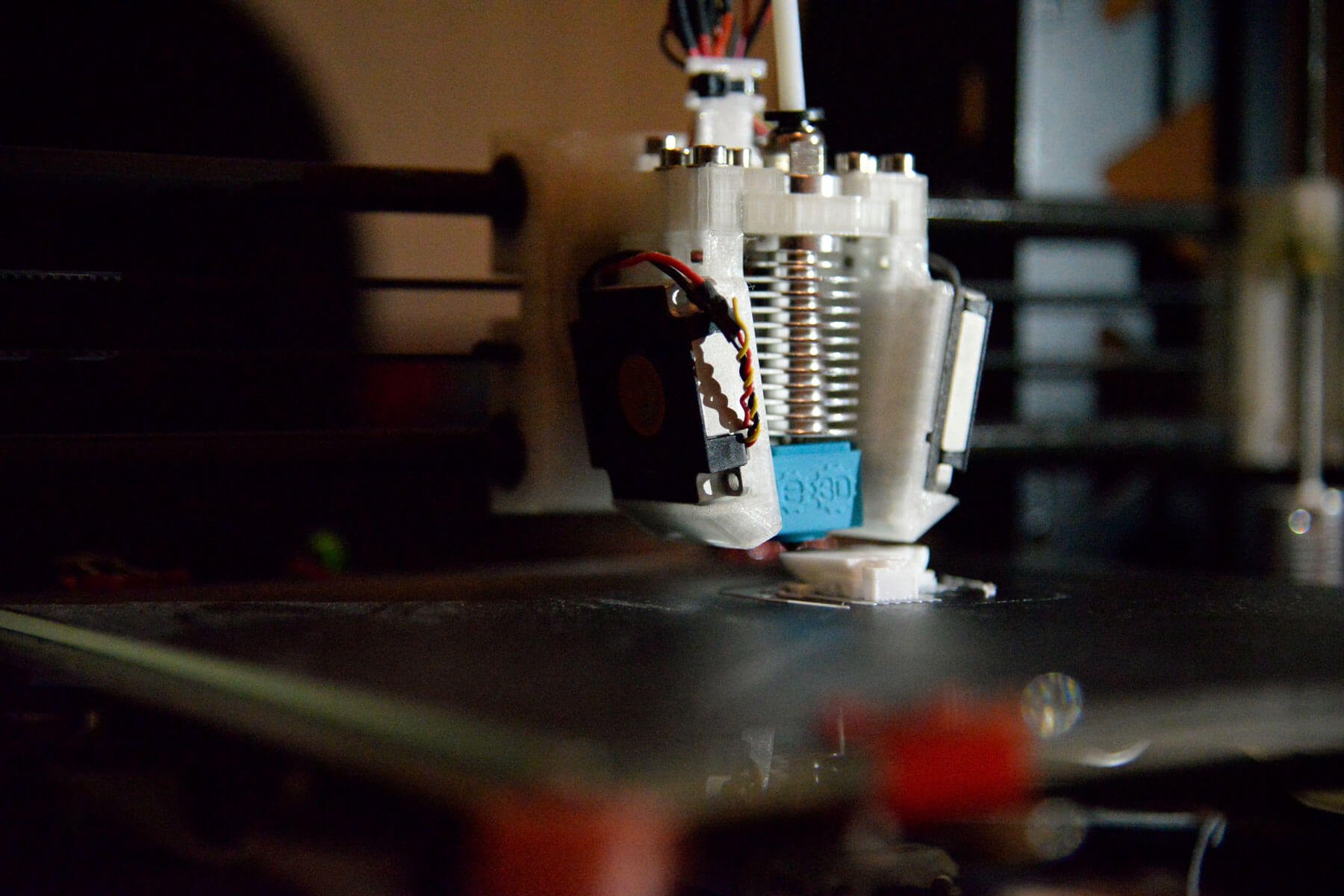 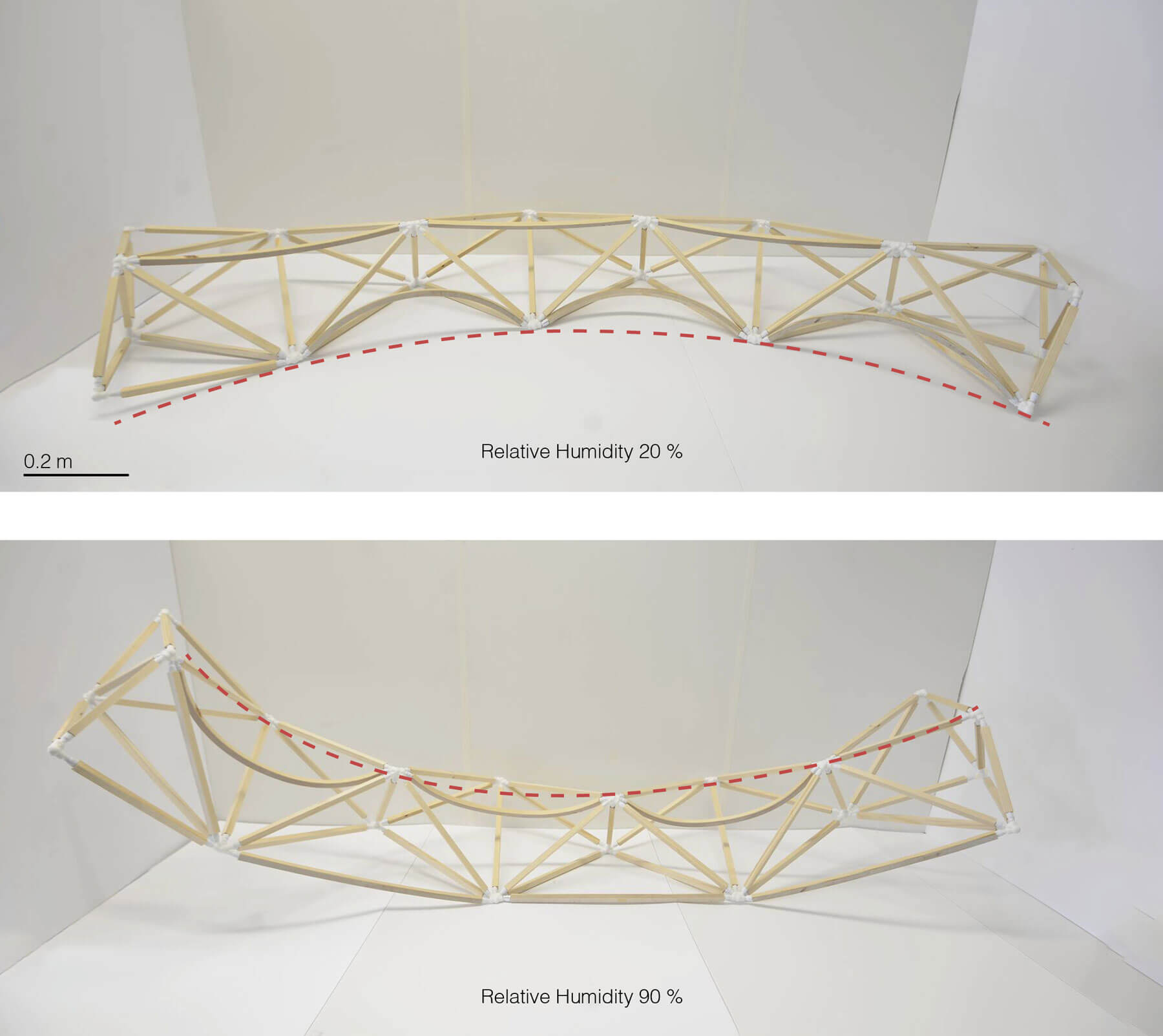 Low-tech Shape-Shifting Space Frames is a research done as a Master Thesis at the University of Stuttgart ITECH. This research demonstrates a system for low-tech shape-shifting space frame structures, passively responding to environmental conditions. The focus is designing simple lightweight structures that are capable of large geometrical transformations with high activation speed. The shape-shifting relies on the combination of passive wooden actuators and compliant nodes. In the proposed system, global geometrical transformations are obtained by strategically integrating passive actuators and nodes with designed compliance to create space frames that change in shape. The actuator is a hygroscopically actuated wood bilayer, that passively curves in response to the Relative Humidity (RH) fluctuation. The nodes are 3D printed with specific complaint geometries to accommodate the specific local and global transformations. Geometrical transformations are investigated through an interactive physics- based simulation and tested on physical prototypes. Low-tech Shape-Shifting Space Frames is a research presented at the 2018 IASS Conference at the MIT in Boston.